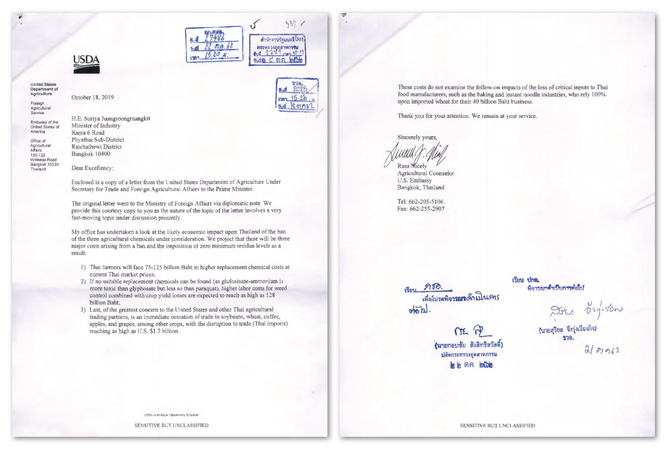 The US Agricultural Department is calling for a delay on the ban on agro-chemical glyphosate, because it says the ban will disrupt Thailand’s import of soybean, wheat, coffee, apples, grapes and other agricultural produce, which is worth Bt51 billion annually, from the US and other trading partners. 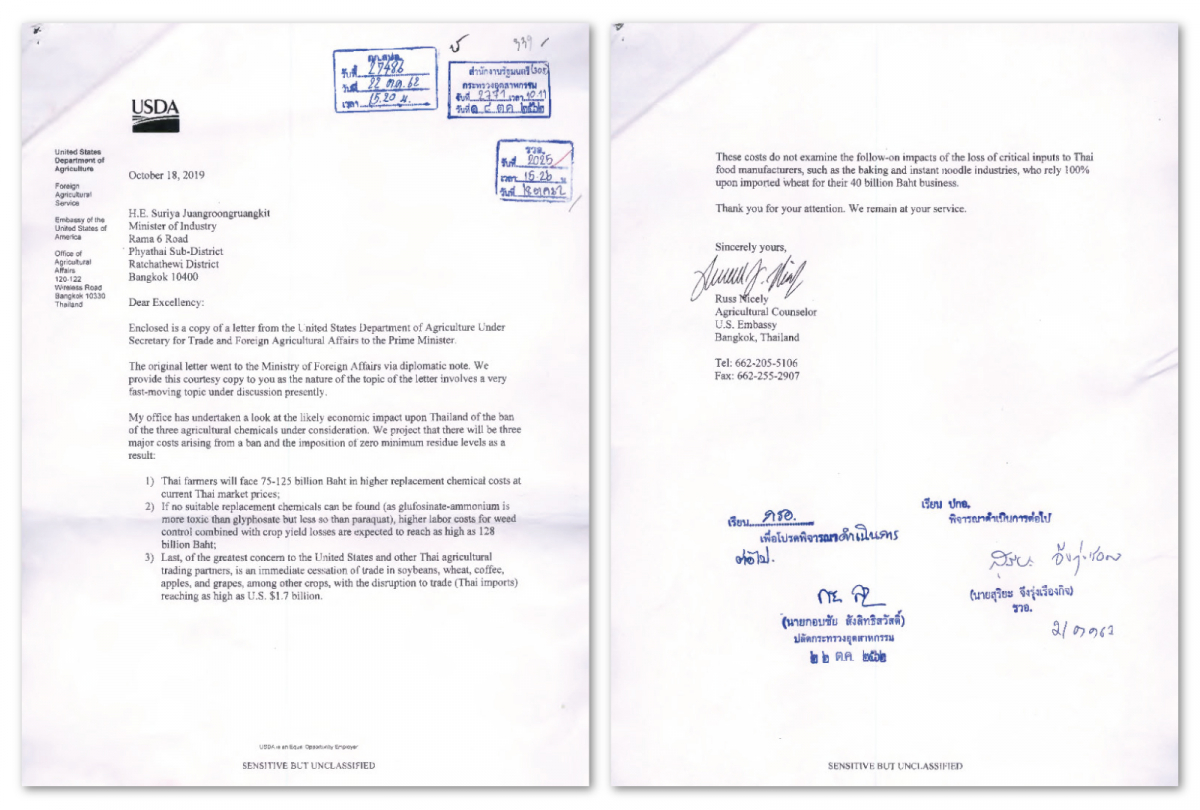 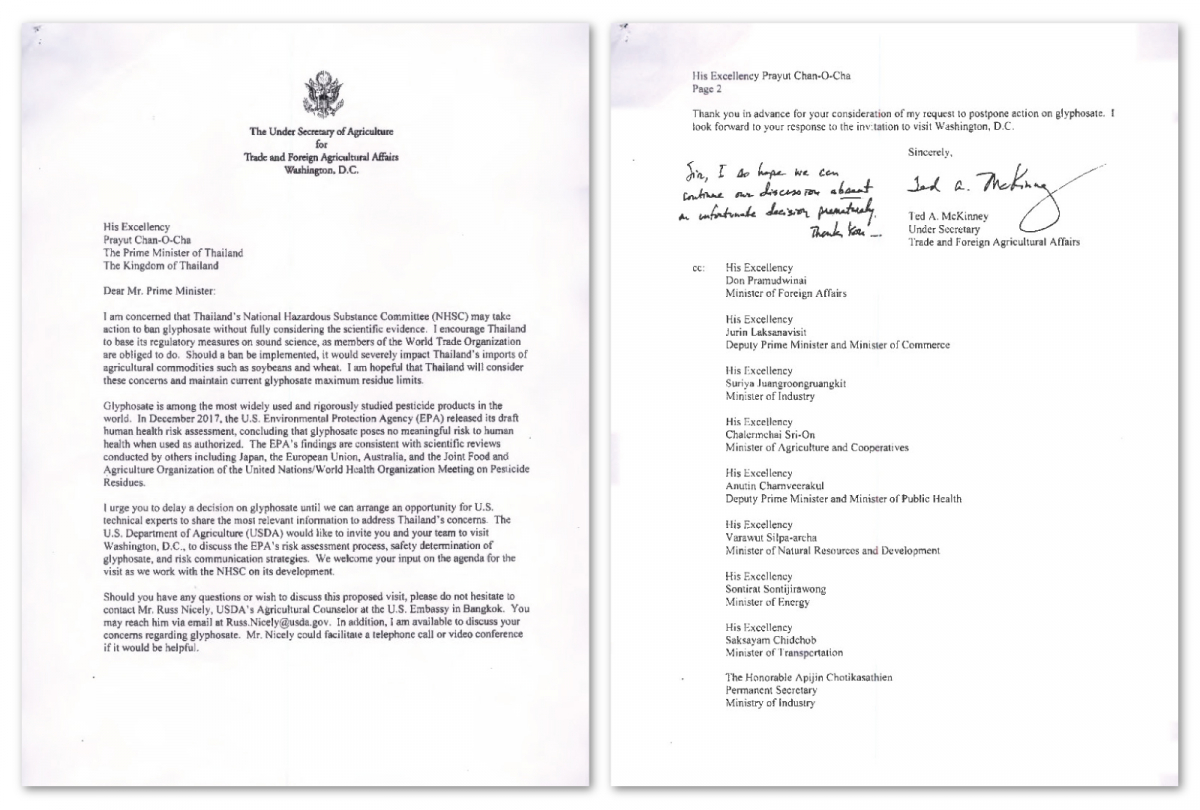 This is in response to Thailand’s ban of the three farm chemicals, paraquat, glyphosate and chlorpyrifos, which environmentalists and many health advocates have said are toxic.

Ted McKinney, the undersecretary of Trade and Foreign Agricultural Affairs of the US Department of Agriculture, wrote to Prime Minister General Prayut Chan-o-cha and nine other ministers asking the government to reconsider the ban on pesticide glyphosate. He also said that the National Committee on Hazardous Substances had not made the decision based on scientific evidence. The letter was dated October 18.

Meanwhile, the US Embassy in Bangkok also wrote to Industry Minister Suriya Juangroongruangkit, in which it presented the impact the ban will have on Thai farmers and US exports to Thailand.

Suriya responded by saying the government needs to conduct a comprehensive study on substitute chemicals because many parties will be affected, adding that the matter should not be politicised because it will create new problems.

In his letter, McKinney asked for the ban on glyphosate to be delayed until it can be discussed when he visits Thailand.

The US also claims that its Environmental Protection Agency (EPA) has found that glyphosate poses no meaningful risk to human health when used as authorised.

“The EPA’s findings are consistent with scientific reviews conducted by others including Japan, European Union, Australia and the Joint Food and Agriculture Organisation of the United Nations/World Health Organisation Meeting on Pesticide Residues,” the letter stated.

Meanwhile, the letter from the embassy estimated that the ban will cost farmers between Bt75 billion and Bt125 billion, because they will have to buy more expensive replacements. If no suitable replacements are found, then farmers will have to hire labour to pull out weeds, the cost of which combined with crop-yield losses, are expected to reach as high as Bt128 billion.

“Of the greatest concern to the US and other Thai agricultural trading partners is an immediate cessation of trade in soybeans, wheat, coffee, apples and grapes among other crops, with the disruption to trade that Thai imports worth as high as $1.7 billion [Bt52 billion] annually,” the letter from the embassy read.

These costs do not consider businesses such as bakeries and instant-noodle manufacturers, who rely 100-per-centn on imported wheat as raw material for this food business worth Bt40 billon annually.

The National Committee on Hazardous Substances voted on October 22 to ban the three toxic agro-chemicals, while farmers, especially sugarcane growers, are threatening to file a lawsuit to seek an injunction.