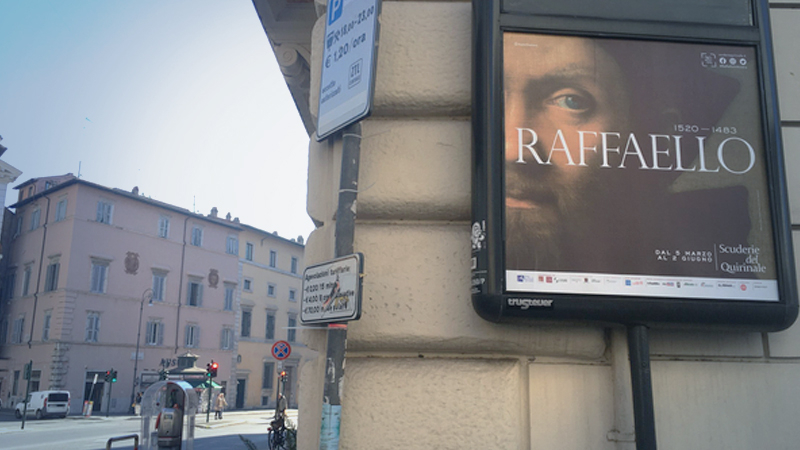 Currently, the only visible part of the Raphael show is advertisements. MUST CREDIT: Bloomberg photo by Vernon Silver.

It was supposed to be the biggest show of the year. More than 70,000 people bought tickets to the Scuderie del Quirinale Museum's Raphael show, which was to celebrate the 500-year centennial of the artist's death with more than 200 works of art.

People around the world booked bucket-list trips to see the exhibition. The museum advertised heavily - billboards and banners and posters went up around the city- and when it opened on March 5, the international press reviewed it breathlessly.

Now the galleries of the Scuderie are silent and dark, says Mario De Simoni, the president of Ales SpA, the organization that runs the museum, in a statement provided to Bloomberg.

The show, once a triumphant celebration of one of the world's most famous artists, has become downright funereal. "The windows are completely closed. The lights are out, and most of the delicate works are covered with black fabric," says De Simoni.

The museum spent more than three years organizing the exhibition, often making unprecedented loan agreements in order to put dozens of Raphael's paintings together for the first time. 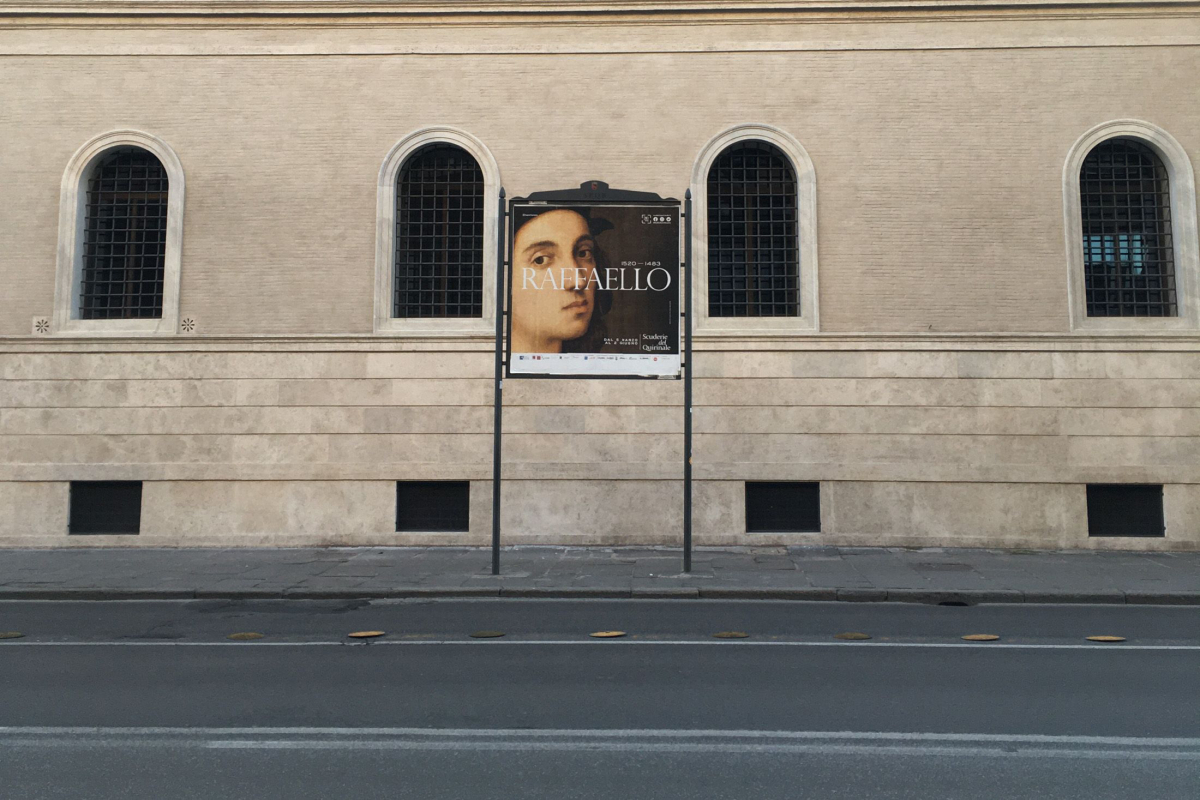 Normally, museums are loathe to loan paintings and drawings by Raphael for fear they will be damaged in transit; when a single painting by the artist travels, it's newsworthy. In 2006, for instance, when the Metropolitan Museum of Art in New York reassembled the seven panels of an altarpiece painted by Raphael and disassembled in the 17th century, the museum turned the occasion into a three-month-long, stand-alone exhibition. A further example was provided by the 12 tapestries Raphael created for the Sistine Chapel; in February, the series was put on view in the chapel for the first time since the 1500s - in an exhibition that lasted only a week.

The Scuderie's show, in other words, is without precedent. The exhibition contains more than 100 of Raphael's paintings and drawings, many loaned by the Uffizi Galleries in Florence. One, a portrait of Pope Leo X from about 1517 was so delicate -and deemed so precious - that its trip from Florence to Rome caused the entirety of the Uffizi's scientific advisory committee to quit in protest. "It's a matter of principle," the members said in a statement.

Complicating matters is the fact that many of the loans come with time limitations, meaning that the Scuderie will need to renegotiate with all of the lending organizations if it wishes to extend the show after the exhibition's formal closing date early in June. Those institutions include the British Museum and the Royal Collection in London, the Prado in Spain, the Albertina in Vienna, and the National Gallery of Art in Washington.

"We have contracts through June 2," De Simoni says. "But if we can't reopen, it won't be necessary" to renegotiate.

All Rome has currently come to a standstill. Residents are fined for leaving home without pressing need (and paperwork to back it up). Citizens even need proper papers to go for a jog. The Scuderie is no exception amid this indefinite stasis.

For organizers, the biggest question is how to resolve the 70,000 tickets that already sold. "The museum is managing what to do with the existing ticket sales, De Simoni says. "It all depends on the decrees and laws to resolve it."

One thing he does know is that the exhibition, long-expected to be a blockbuster of unprecedented proportions, is hemorrhaging money. "At the moment, it's a loss," he says. "The museum can host at least 3,000 people a day. It's a big exhibit, and now we're closed."