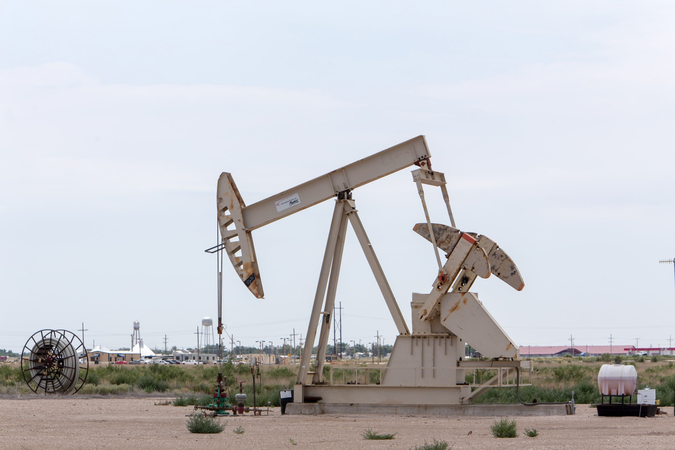 As oil crashes due to the impact of the coronavirus, it's easy to overlook an even more dismal reality for producers: the real prices they're getting for their barrels are worse still.

Having collapsed by about 60% this year, Brent and West Texas Intermediate crude have stabilized at around $25 a barrel, but the price rout is far deeper for actual cargoes, which are changing hands at large and widening discounts to the global benchmarks. The discounts mean that in the physical market, some crude streams are trading at $15, $10 and even as little as $8 a barrel.

"The physical market is in pain, and there is more pain to come," said Torbjorn Tornqvist, the co-founder of Gunvor Group Ltd., a large trading house. "We will see the full weight of the oversupply in a couple of weeks."

Crude oil in the physical market trades at a premium or discount to Brent, West Texas Intermediate and other benchmarks. At times of surplus, premiums narrow and discounts widen. But the current situation is almost unprecedented, with discounts in some cases at multi-decade highs.

Examples abound from Africa to the Middle East to Latin America.

Nigeria, the biggest oil producer in Africa, is selling its flagship Qua Iboe crude at a discount of $3.10 a barrel below the Dated Brent benchmark, the largest in at least two decades. Colombia is selling its Vasconia crude at a discount $7.75 a barrel to Brent, a 4 1/2-year low. "The physical oil market looks horrific," said Kit Haines, an analyst at consultant Energy Aspects Ltd.

Oil prices in the physical market are weakening as the economic impact of the coronavirus on oil demand cascades through every part of the petroleum industry. "Demand clearly is off, in some parts of the world, very dramatically," Chevron CEO Mike Wirth told Bloomberg TV on Tuesday.

With fuel consumption in some countries, including France and Italy, down by a third or more, refiners are being forced to reduce the amount of crude they process. For example, Phillips 66, the world's 11th-largest oil refiner by capacity, said on Tuesday it was operating its plants at "minimum crude processing rates" -- traditionally seen in the industry as running a refinery at between 60% and 80% of nameplate capacity. With refiners cutting runs, their demand for barrels has fallen commensurately.

"Up to now the sharp market imbalances have mostly existed as a spreadsheet exercise," Roger Diwan, an oil analyst at consultant IHS Markit Ltd. told clients in a note. "In the next two to three weeks, we will see those physical imbalances manifest in physical markets."

With refiners scaling down their crude purchases, traders are buying the cargoes to store them. The oil market has flipped into what the industry calls a contango: spot prices are lower than forward prices. The contango allows traders to buy physical crude, store it, and make a profit by selling forward.

"The oversupply is going to be stored, and for that you need a deep contango," Tornqvist said. "Clearly, everyone, us and other trading houses, is going to take advantage going forward. It's the only game in town."

The Brent six-month contango widened on Wednesday to $9.70 a barrel, fast approaching the $11 to $12 reached during the global financial crisis in 2008-09. The contango deepened despite small gains in headline Brent prices.

The pain in the physical market is clearly visible in the North Sea. Forties crude, which is the largest grade that helps set the global Brent benchmark, traded on Monday at its weakest since 2008. The financial instruments traders use to hedge their actual barrels are also mirroring the physical crude market's weakness. In the North Sea, the Dated-to-Frontline swap, which helps traders to cover the gap between the futures and physical market, was at -$3.29, the widest discount in at least a decade.

In other markets, from Asia to the Mediterranean to the Middle East, actual barrels of key crude streams are trading at similar discounts. Central Asian crude CPC Blend, for example, changed hands at an 8-year low earlier this month.

The widening discounts, together with the collapse in the benchmarks, means that producers are seeing ultra-low prices. In Hardisty Alberta, a small town in Canada that's the delivery point of the heavy Canadian crude benchmark, oil traded at a record low of just $7.47 a barrel last week. In central Montana, oil traded near $8 last week, having been above $30 at the start of the month.

Even Saudi Arabia is going to suffer. With record discounts to European refiners, state-owned Saudi Aramco is set to sell its flagship Arab Light at around $15 a barrel in Rotterdam by the beginning of April if the benchmark Brent holds at current levels.

"When you take into account the physical differentials, the market is saying we are getting close to the area where production cuts occur," said Olivier Jakob, managing director of consultant Petromatrix GmbH.